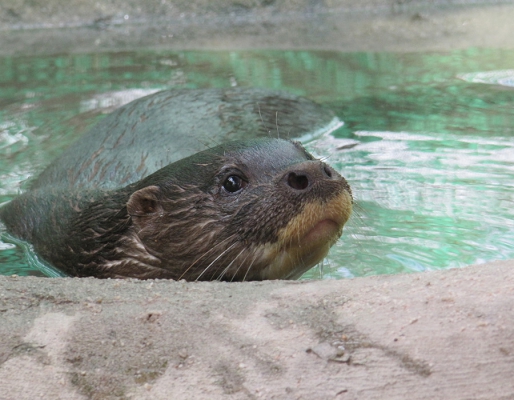 Otters are at risk from habitat loss, pollution and an expanding population, but an extremely important threat is hunting for the illegal wildlife trade. This is clearly having a serious impact on otter populations and in places they have become locally extinct.

In Asia there are very few scientists working on otters and their habitats.  The International Otter Survival Fund (IOSF) is therefore working to provide a series of workshops to train people in otter field techniques, public awareness programmes, law enforcement and general conservation issues.  These workshops have been a great success and the work is ongoing in communities through country networks linked together by the Asian Otter Conservation Network.  To date, with the help of Action for the Wild’s funding, workshops have been held in various Asian countries.  The first workshop was held in Cambodia in 2009 which was extremely successful and its impact is ongoing in the community.  This led to the demand for workshops in other parts of Asia and so a second workshop was held in Indonesia in March 2013 followed by a similar event in Bangladesh in December 2014 and China 2016.  There are now networks in these countries and also in Cambodia, Vietnam, India, Pakistan and Nepal.

In 2016, Action for the Wild donated £4,900 towards the costs of the workshop in China, where there are three species; the Eurasian otter (Lutra lutra), the smooth-coated otter (Lutrogale perspicillata) and the Asian small-clawed otter (Aonyx cinereus). The high quality of otter fur has meant that they have been an important target species for the fur trade. China is a major market, particularly in Tibet, where it forms a part of the traditional dress. Otters are now protected in China but illegal trade does still continue. This was the first ever workshop on otters held in China and 33 participants attended the workshop from eight different countries. A Chinese Otter Conservation Network was set up to take otter conservation forward; to conduct baseline otter surveys to get a better understanding of current distribution and status and to promote education and public awareness.

In 2017, a workshop will be held in Laos. Laos, Myanmar and China are a major hub for this illegal trade so the next workshop will bring people from this area to encourage cross-border collaboration to work in field research, education and to develop networks to reduce illegal trade. Working with the existing networks, IOSF has already prepared otter identification cards in different Asian languages.  These can be used by field workers in communities to help distinguish otters from similar-looking species to provide valuable data regarding species distribution.  Co-operation between local communities and project workers is essential but there have to be trained workers on the ground to facilitate this.