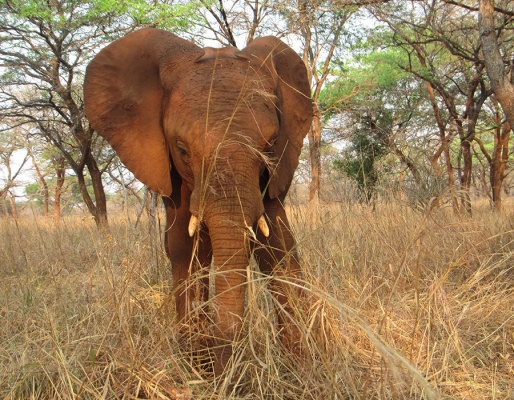 Orphaned Elephants Begin Journey Towards Life in the Wild

Orphaned Elephants Zambezi and Musolole have taken their first steps towards a life back in the wild. On Tuesday 15th March they were relocated from the Lilayi Elephant Nursery outside Lusaka to the Kafue Release Facility in Kafue National Park.

The morning after their arrival the rest of the herd at the Kafue Release Facility immediately realised that two newcomers had arrived. They came running across the paddock to investigate.  Musolole respectfully interacted with his new surrogate siblings, Zambezi was shy, trying to isolate himself
from the herd. However, when the orphans went out
for their daily walk, both Musolole and Zambezi were
in the middle of the herd.

Walking in the wild, the orphan herd also encountered Chamilandu and Batoka, two of the oldest Release Phase elephants who come and go to the facility as they please. They were curious to meet the new arrivals and began interacting with Musolole and Zambezi by smelling and touching them. Aaron and Victor, two keepers from the young elephants previous home, will stay at the Release Facility until Musolole and Zambezi have settled in properly and feel at ease with their new herd.

At the Release Facility, Musolole and Zambezi will form bonds with the other orphans and together they will learn about life in the wild. One day when they are big enough and confident enough, they will wander off into the wild as truly independent bull elephants.

The GRI-Elephant Orphanage Project (EOP) operates in partnership with the International Fund for Animal Welfare (IFAW), David Shepherd Wildlife Foundation (DSWF) and the Department of National Parks and Wildlife (DNPW).