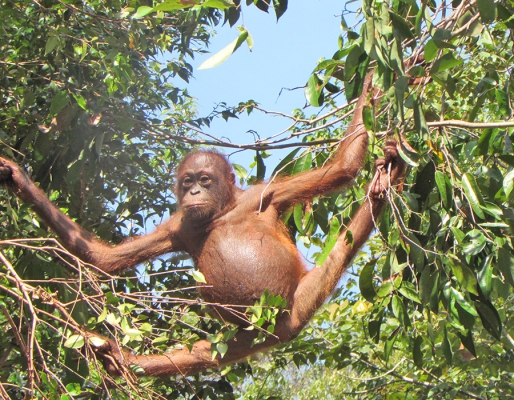 Since 2010, Colchester Zoo’s Action for the Wild has donated £34,000 to sponsor the Orangutan Foundation funding their project on Bornean Orangutan Translocations and Veterinary Support in the 64,000ha Lamandau Wildlife Reserve, Indonesian Borneo.

So far in 2017, the Orangutan Foundation has rescued 4 orangutans who have become stranded in fragmented forest and released them into Lamandau. They also helped confiscate 4 orangutans being kept as pets and these have been placed into camps around Lamandau into a soft-release programme, so they can be supported and monitored as they are too young for immediate release. Two female orangutans were released in June from this soft-release programme and, after monitoring on release for two weeks, the females have now moved on to integrate into a wild life.

Since the beginning of 2017, the Orangutan Foundation has also rescued 17 other animals, including 7 crocodiles and a large number of birds, providing crucial treatment before releasing them into the wild.

The continuing number of orangutans needing rescue highlights the value of this project in an area where orangutan habitat is continually threatened.