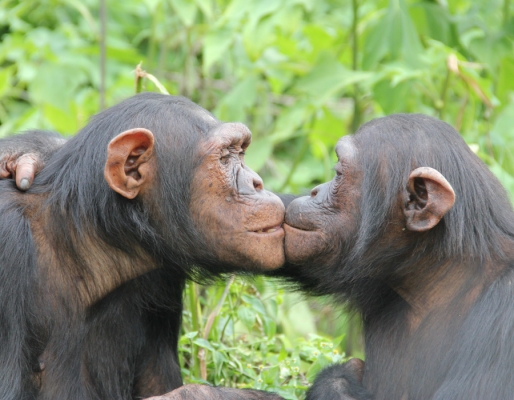 Primates saved from the pet trade

Young chimpanzees and monkeys once destined for the illegal pet trade are being given a chance to be wild, thanks to the Centre de Rehabilitation des Primates de Lwiro, a haven close to the protected Kahuzi-Biega National Park in the Democratic Republic of Congo.

Over 120 chimpanzees and monkeys confiscated by officials or orphaned as a result of hunting, are now flourishing in their new semi-natural environment, along with five grey African parrots, three species of turtle and a porcupine. The animals are learning the ecological and social skills needed to survive in their natural habitat within a safe environment ready for their eventual release.

The centre educates nearby communities and visitors about the plight of primates and how conservation efforts could reduce the number of chimps and monkeys being hunted and killed for bushmeat or sold into the illegal pet trade.

Colchester Zoo’s Action for the Wild charity has been supporting the project for two years and has donated £14,750 so far since 2013. This donation has been put towards the cost of buying fresh and dry food from local producers and markets so the animals receive a high standard of nutrition, as well as towards the cost of fuel and medicine.

By buying local products and employing local people, the rescue centre is enriching community spirit which could help secure the future of the country’s primate population.