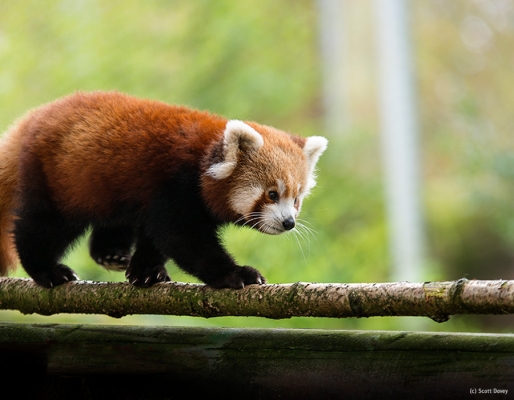 In 2014, Colchester Zoo's charity Action for the Wild joined together with 29 other zoos who are members of the red panda European Endangered Species Breeding Programme (EEP) to sponsor four Forest Guardians to protect red pandas in eastern Nepal.

Our four sponsored guardians; Panjo, Sumit, Sancha and Indra, work in the Panchthar-Ilam-Taplejung (PIT) Corridor which is an important red panda area, home to 25% of Nepal’s red pandas and an important link between the Nepalese red panda population and those in India (Sikkim and West Bengal).

In 2015, the EEP plans to continue to sponsor these four Forest Guardians and, hopefully, recruit some more. Forest guardians hold the key to the future of the red panda. They work within their respective communities to create a Community Forest Network, which empowers local people to protect their forests. Forest guardians monitor and protect red panda habitat, as well as educate their communities about the importance of red pandas.