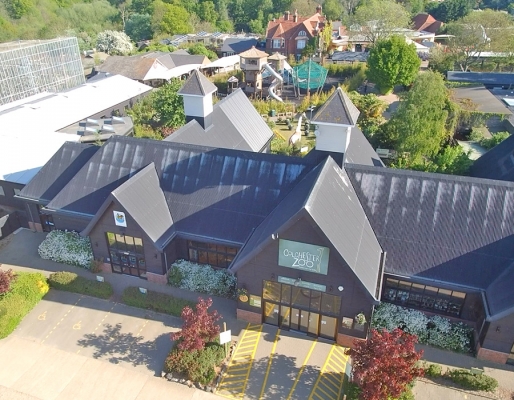 As the end of the year draws to a close it is an ideal time for reflection and to look forward to what the New Year will bring.

2018 was a very emotional year for Colchester Zoo with a number of new-borns, new arrivals and heart-breaking passing’s of some long-standing residents.

At the beginning of the year we welcomed 2 cheetah brothers, Abasi and Azizi, who we hope will breed successfully with our female cheetah Sia when they are of age. In April and May we welcomed 3 new wolves followed by 2 Amur leopards Esra and Crispin who we hope will become a successful breeding pair in the future.. The summer was a busy season at the zoo with the crowned lemur species making a return to Colchester Zoo as they moved into our lemur walkthrough enclosure. We also saw the return of our male white rhino Otto who had temporarily been at Woburn Safari Park to mix with their female rhinos. Otto met his son Kifaru for the first time when he returned home to us here at Colchester Zoo.

Colchester Zoo has had a successful year with breeding programmes. In March, Oq the Aardvark gave birth to Ottis, a healthy male aardvark pup and our bush dog pair Nina and Nico became a family with 3 bush dog pups being born - a first for Colchester Zoo! In April and May we had a number of successful births including smooth coated otters and penguin chicks. The breeding success continued into June as we welcomed a sweet red panda cub called Iniya who has been a firm favourite with visitors and a female Blue duiker calf named Penelope. Nakia the Greater kudu has proven to be an attentive mum after giving birth to a male calf named Ericsson in the summer.

Unfortunately, in March we had to say goodbye to Chimpanzee, Billy-Joe, who was over 40yrs old and was part of the ‘original zoo family’ after arriving at Colchester Zoo in the late 70’s. In memory of our friend Billy-Joe, we opened a new pathway to Chimpanzee Lookout in her name.

In July, we had to say another goodbye to one of our longest standing residents and friend, Flossy the white rhino. Colchester Zoo was Flossy’s home for 46 years and she was one of the oldest white rhinos in Europe. A special memorial for Flossy is to be made on the terrace overlooking the African paddock which will be complete in 2019.

Colchester Zoo then had one of its most heart-breaking winters with a final goodnight being said to Rajang the orangutan who held a special place in the hearts of both staff and visitors alike. Rajang touched the lives of many with the ways he interacted with people and built relationships with regular visitors and staff who have been in his life for the duration he lived at Colchester Zoo. Rajang was 50yrs old and is irreplaceable, there will be a memorial garden for Rajang and the Orangutan enclosure will be renamed in his memory.

One of the main factors affecting Orangutans is deforestation for palm oil, Colchester Zoo has worked to raise awareness of the affects of palm oil and all catering and retail products which are sold are either palm oil free or include sustainable palm oil as certified by the Roundtable of Sustainable Palm Oil. Our catering team have also reduced the use of single plastics and replaced this with birchwood and we will continue to work towards our Green Zoo mission to help conservation and educate visitors can assist at home.

Throughout the year a number of redevelopments and new areas have opened. In February, we opened up our Elephant Bush Walk to allow visitors a better view of our bull elephant Tembo and cow Zola. We also opened a new Interactive Zone at The Discovery Centre which uses modern technology for children to interact and learn via sensory activities. In September we opened a new home for our Colobus and Patas monkeys who now live together in their new towering enclosure. In October we announced the opening of a new children’s play area which is accessible for all abilities and December saw the addition of a new area to our African lions enclosure. In 2019 we hope to open our new shop and admissions building to improve our visitors’ journey from the beginning of their visit. Work will be taking place in 2019 for a new ticketing building to further improve visitors’ journeys.

Colchester Zoo was delighted to have received a number of awards throughout 2018 including; Family Favourite Day Out from Raring to Go; Best Day Out Outdoors, Best Halloween & Christmas Event from Essex Mums; Best Family Friendly Attraction from Primary Times for the 5th year in a row and a new award from BALPPA for Digital Communications and Presence. We hope to continue this success and recognition of our dedication and hard work in 2019.

Colchester Zoo has been raising awareness of conservation for many years. Its charity Action for the Wild is dedicated to assisting conservation projects worldwide and the staff at Colchester Zoo work hard every year to raise funds for the charity through animal encounters and activities in the park. 2018 saw our first ‘Stampede’ take place as we hosted a 10k run to fundraise for the charity which was such a success that we also hosted a half marathon later in the year.

Staff also raised over £2,000.00 via additional activities they participated in such as a charity football match and the three peaks challenge which involved climbing the highest mountain in England, Scotland and Wales. 2018 was a record number of interns who visited our UmPhafa Private Nature Reserve in South Africa, all of which assist the reserve with daily tasks for conservation of the reserve. A huge thank you to everyone who has helped raise a fantastic amount of money for Action for the Wild over the last 12 months supporting a number of different conservation projects.

2018 was the 35th anniversary of Colchester Zoo under ownership of the Tropeano family. The zoo continues to thrive and is constantly developing to offer the best care possible for the animals and to ensure an enjoyable visit for our visitors. Colchester Zoo remains committed towards its mission and strives to ensure that it leads the way in the fields of conservation, education and research.

Every visit helps to fund the zoo and its charity Action for the Wild. Thank you to all who have supported us throughout 2018, we are very grateful to everyone who visits and engages with us both at the zoo and online through our social media channels.

We look forward to what 2019 will bring and we hope to welcome back our loyal visitors and to see some new faces in the new year.

Merry Christmas and a Happy New Year from all the staff and animals at Colchester Zoo.