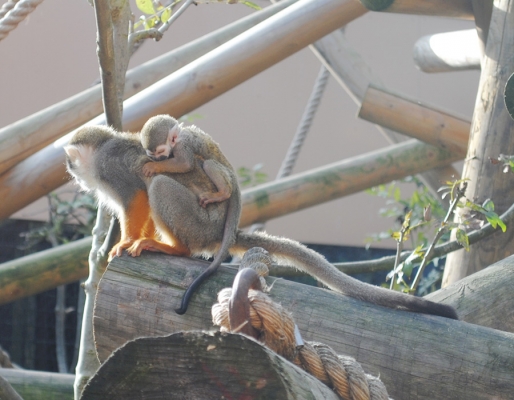 First mum Paloma gave birth on the 29th September, the little one is doing well and although both babies are yet to be sexed keepers have named Paloma’s young Tig.

Tig was quickly followed by our second youngster who was born to mum Bella and named Mitu! Both our new arrivals can be seen clinging to their mums’ back as they continue to grow healthy and strong.

See if you can spot our tiny pair at their newly revamped enclosure ‘Heart of the Amazon’ as they begin to explore their surroundings and interact with the rest of the group!

Squirrel monkeys such as the species we have at Colchester Zoo are currently listed as least concern but some subspecies are near threatened due to habitat loss within their range.

Did you know!? Squirrel monkey groups are extremely social and can consist of up to 100 animals!