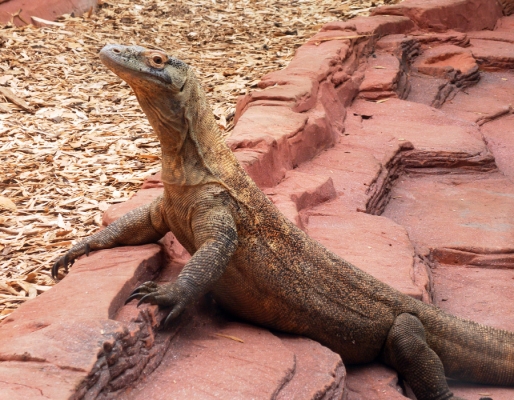 It is with great sadness to report that Mutu, our adult female Komodo Dragon passed away on Monday 23rd November 2015.

Mutu had been under veterinary care for some time and intensive treatment for a week before she passed. The only option was for her to undergo surgery on the afternoon of Monday 23rd November where unfortunately, Mutu suffered heart failure and could not be resuscitated despite best efforts from the veterinary team.

Colchester Zoo first introduced Komodo dragons to the collection in 2006 to become part of the European Endangered Species Breeding Programme (EEP) for this species. Since Mutu’s time at Colchester Zoo she and male Telu, became the first dragons in the UK to breed through a natural mating and she has assisted with the conservation of her species by successfully laying a number of fertile eggs which hatched into healthy young. Some of her young have gone onto other collections around the world to take part in the breeding programme and continue conserving their species numbers whilst others remain here at Colchester Zoo.

Mutu was a much loved resident who had a close bond with her keepers, she will be very sadly missed.