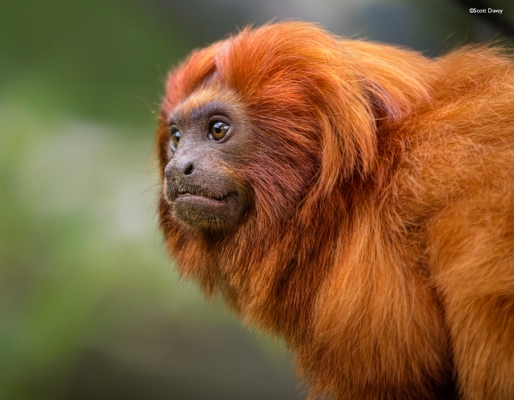 The concrete jungle of Rio is currently playing host to yet another great Olympic games, but there are other jungles that Brazil is arguably more famous for – the rainforests – where, like the Olympic Games, many animals are fighting against the odds.

Brazil’s rainforests are home to some famous inhabitants, including the golden lion tamarin, which is classed as endangered, with only 800 estimated to be left in the wild.

These unique monkeys are tiny, weighing only 450g, and get their name from their incredible lion-like mane rather than their size!

Their small size does mean they are easy victims for predators, such as hawks and snakes, but the biggest danger to the tamarin is their habitat loss. A jaw-dropping 90% of the Atlantic Coastal Forest, where the tamarins are most commonly found, has been destroyed to make way for new human developments.

These rusty-coloured monkeys once lived across the state of Rio de Janeiro – the home for the Olympics this year – but the loss of trees, where the tamarins spend the majority of their time, has seen their numbers rapidly decline and moved the species into more isolated areas of the forest.

So during the Olympics this year, it will not only be humans fighting against the odds to win gold but also the golden lion tamarins who continue to battle for survival.

You can find out more about the work being done to project this species here.