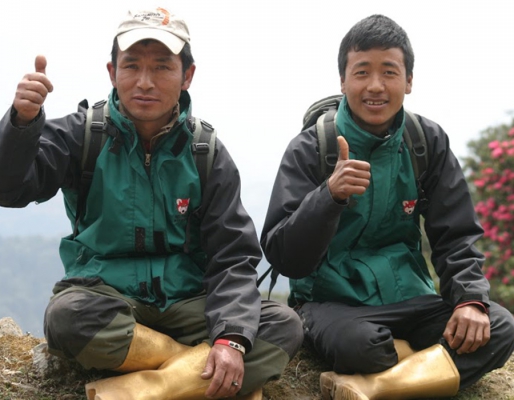 Colchester Zoo’s Action for the Wild began supporting the Red Panda Network forest guardian scheme in 2014, joining forces with the European Association of Zoos and Aquaria (EAZA) European Endangered Species Breeding Programme to help fund Forest Guardians to work within and protect the red panda project area. In 2017, the Red Panda Network sponsored 72 Forest Guardians, and of these, EAZA funding is supporting 8 of them.

Livestock herding is one of the major drivers of red panda habitat loss and degradation in Eastern Nepal. Livestock not only degrade habitat quality as they graze in the forest but directly compete with red pandas as they eat bamboo and other red panda food species. In 2017, 57 livestock herders and Community Forest User Group (CFUG) members attended two red panda conservation workshops. Sustainable herding practices are also supported by providing fodder seedlings to local herders. This will encourage stall feeding of livestock and reduce the need for forest grazing. Herders in Eastern Nepal have received 1,600 seedlings.