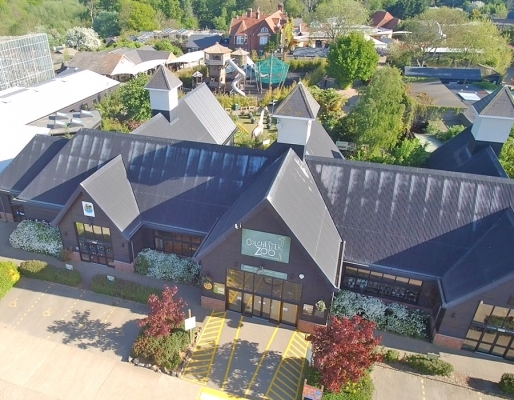 This March Colchester Zoo celebrates 35 years of ownership by the Tropeano family!

Where it began for the Tropeano’s...

The Tropeano family took over the zoo in March 1983 from Frank and Helena Farrar who first opened the zoo in 1963 when it was known as Stanway Hall Park Zoo. The zoo was very successful during the 1960's with thousands of visitors flocking to see its iconic animals, however when the government passed the Zoo Licensing Act in 1981 the Farrar’s put the zoo up for sale due to the number of improvements needed to gain a license.

When the Tropeano’s took over they invested in enclosure improvements for the existing residents and bringing the zoo back up to the standard to gain its licence. More animals were introduced to the collection including two of our resident elephants, Tanya and Zola who arrived in 1985. Sadly, in 2018 we said goodbye to some of our longest standing residents, including chimpanzee Billy-Joe,  Rajang the orangutan and Flossy the white rhino, who was at Colchester Zoo prior to the Tropeano family. We also lost Sam our oldest penguin who arrived in the late 80s along with Nautilius who is still with us today!

A major development for Colchester Zoo came during the 1990's with the purchase of an additional 20 acres of land to expand. This purchase enabled the build of Elephant Kingdom, Kingdom of the Wild and Edge of Africa. Since then expansions and redevelopments continue to take place year round to create the best environments possible for some of the most amazing species in the world.

As well as the hard work put in to improve Colchester Zoo, the Tropeano family and the team here at Colchester Zoo have also put huge emphasis on the importance of education and conservation actively supporting a number of different organisations around the world, through its charity, Action for the Wild, which was set up in 1993 and achieved charitable status in 2004.

In 2005 Colchester Zoo also purchased three farms to develop the UmPhafa Private Nature Reserve in South Africa where zebra, rhino, giraffe and countless other animals have since been released.

Colchester Zoo continues to grow and develop to offer the best care possible for both the animals and our loyal visitors. Colchester Zoo strives to ensure that it leads the way in the fields of conservation, education and research.