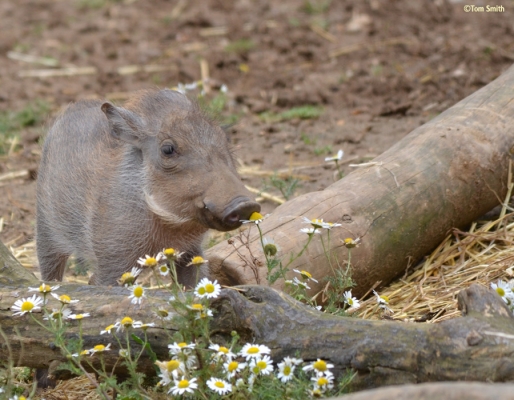 We are thrilled to announce that our two adult warthogs, Marli and Tunip became parents again for the fifth time on the 10th June.

Tunip gave birth to two healthy piglets which have now been confirmed as male. Keepers have named the piglets Moja, meaning 'one' and Pacha, meaning 'twin' in Swahili. Keepers say that Moja is the bigger piglet out of the two. Tunip and piglets continue to do well, and are spending most of their time in their outside enclosure running rings around the rest of the family!

This small family group is completed by Samia the piglet’s older sister from the pair’s previous triplets, born in 2009. Tasmin and Kizzi the other siblings were transferred to Chester zoo in 2011.

Our warthogs are fed a mixture of fruit, vegetables, hay and pellets.  This ensures that get all the vitamins and minerals they need. The warthog is currently listed as least concern on the IUCN Red List due to the species being widely distributed across sub-Saharan Africa with no major threats.

It is hoped that Marli and Tunip will continue to breed successfully and help maintain the population of this species within the captive environment.