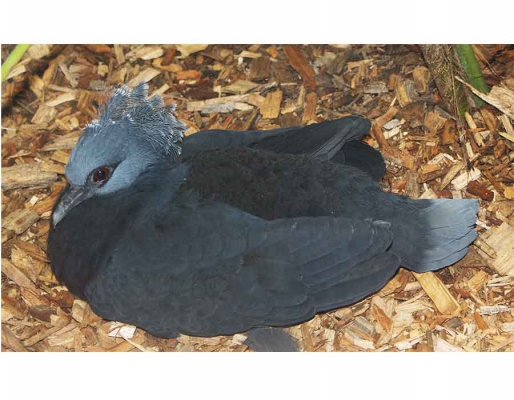 We are very excited to announce that our Victorian crowned-pigeon chick, who was born on the 27th May has now fledged the nest!

The chick stayed close to mum Violet and dad Ozzy during the first few weeks, with them both being very attentive. The youngster has since fledged the nest sooner than we expected but is it doing really well and is being shown the ropes by its older sister, mum and dad.

It’s the first time that Colchester Zoo have had the previous year’s fledgling in the same enclosure with the parents and now new arrival so it will be great to see how the family interact with one another.

Crowned-pigeons are the largest pigeons in the world and is regarded as one of the most handsome of all pigeons. This exciting news is very important to the conservation as the Victorian crowned-pigeon is Classified as Vulnerable on the IUCN Red List.

See if you can spot our family in their enclosure at Penguin Shores.