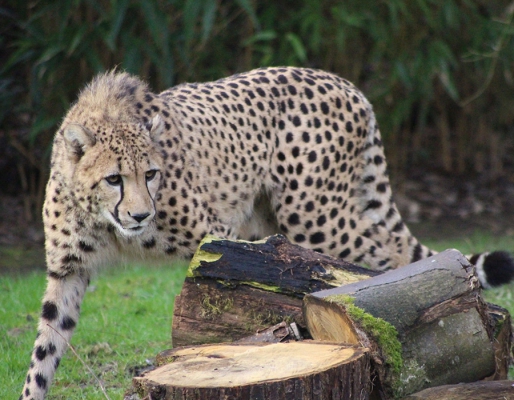 Abasi means ‘serious’ in Egyptian whilst Azizi means ‘precious’. The duo have settled in well and have been busy exploring their new home. At only 18 months old the brothers will stay together spending time individually with female cheetah, Sia in the near future in the hope that there will be the pitter patter of tiny paws as part of the breeding programme for this species.

Unlike female cheetahs that prefer to live a mainly solitary life, male cheetahs are more sociable with male siblings known to often remain together for life.

The cheetah is easily distinguished from other spotted cats by its small head and long legs and the highly characteristic lines running from the corner of their eyes to their mouth. The cheetah is well known for its speed and is also considered the fastest land mammal on the planet, reaching speeds of up to 87kph!

See the brothers exploring their home for the first time:

For now Abasi & Azizi can be seen at the Edge of Africa at alternate times to our resident female Sia. If you are making a visit especially to visit Abasi and Azizi we would recommend that you contact us prior to your visit to check that the brothers will be on show.