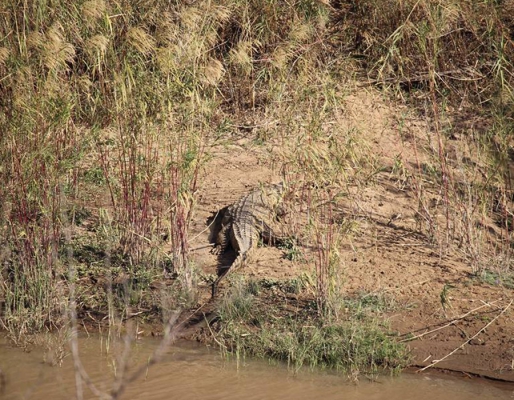 For many years there have been talks of Crocodiles in the Tugela River which runs alongside the UmPhafa Reserve in South Africa but no one has ever seen one. Then mid-September team got a call from one of their team members, he had spotted a Crocodile! With great excitement the team headed down to the river and after a short while they spotted it- a two and a half meter Nile crocodile!

Why this crocodile has taken up residence so close to the reserve is a mystery, but it is a fantastic addition to the species list!