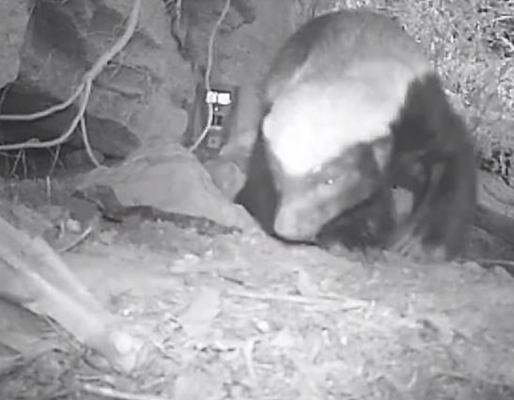 One of the popular walks on the reserve is through a place called Leopard Gorge. One of the highlights of the walk is the mysterious bone caves. For many years we have speculated what is using the caves and leaving these bones. Is it a Leopard for which the gorge is named after? Or perhaps a nimble Porcupine, as their quills have been seen near the caves!

The team decided to set up some trail cameras in the two main caves to see what might be using these dens. After a week the team collected the cameras and excitedly uploaded the footage. To their amazement it was neither of the animals they had predicted which had been caught on camera it was a honey badger! Although the footage did not show the badger bringing the bones it is still an incredibly exciting find as this species has always been particularly illusive at UmPhafa.

The cameras are now back in place within the caves to see who else might be visiting the area! Watch this space!