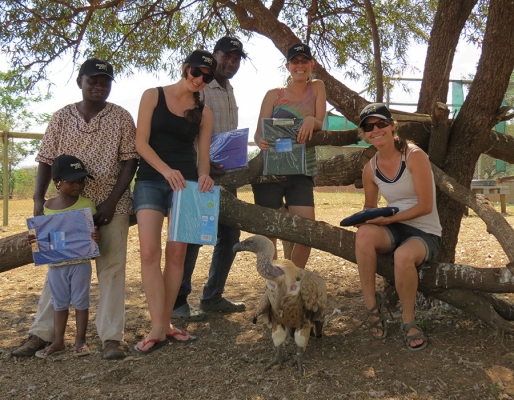 Action for the Wild has been supporting VulPro in their surveying of vulture populations since 2015. VulPro commenced their 2018 population surveys of both cliff- and tree nesting species in May. The first surveys are undertaken in order to determine the number of breeding pairs at each site. In May and June, they have completed counts at 8 colonies

The Magaliesberg colony has shown a substantial increase with 416 breeding pairs recorded for 2018. This is the highest count ever achieved since the 1990’s. VulPro is extremely proud of this as this is a direct result of the work they have undertaken to save vultures.

The Limpopo Cape vulture monitoring at Moletjie remains unchanged, however VulPro fear it may go extinct due to high levels of human disturbance. With only 5 active nests and only 3 incubating adults, this colony is declining rapidly with traditional medicine trade and direct disturbance being the major threats.

The Soutpansberg colony in Limpopo shows a slight decrease, however it must be noted that due to poor visibility, human error will have some impact on the accuracy of the count. This colony is extremely difficult to monitor given its location, safety and heat haze and mist. However, VulPro managed to records a total of 198 active nests; a slight decline from last year but viewing conditions were extremely harsh this time round.

VulPro have seen a substantial increase in the number of African White-backed Vulture nests in Olifants River Private Game Reserve, with a total of 64 nests identified which is an increase from the 2017’s first survey.

VulPro are also continuing with their power line surveys and mitigation work. During the period of 1 December 2017 to 31 May 2018, VulPro surveyed a total of 58.3 kilometres of power lines, including 387 power line structures. During these surveys, a minimum of 8 vulture fatalities were identified, and reported to Eskom.