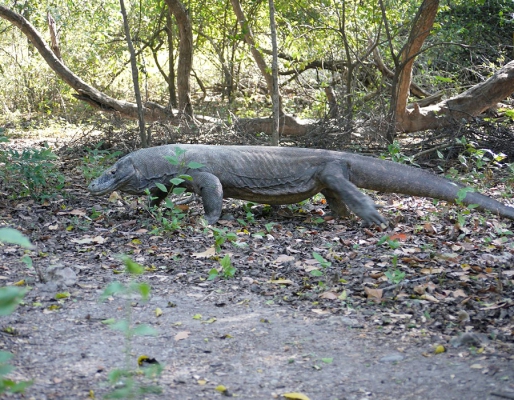 Work continues for the Wae Wuul Nature Reserve Rehabilitation Project as they continue to work in the local community to raise awareness of the dangers facing komodo dragons.

The first three months of 2017 have concentrated on awareness raising and training activities. An intensive one month course in English has been conducted in 4 villages on northern Flores, and will continue later this year with another training workshop to increase local capacity in entrepreneurship. The Komodo dragon programme faces challenges due to a lack of knowledge about the protected status of Komodos and also because of frequent conflict with people, as Komodos prey on livestock. Thus it is imperative that local communities are aware of the benefits that Komodo dragons can bring. It is hoped that by conducting these activities people on North Flores will change their attitude and perspective toward Komodo dragons and conflict will reduce.

A one year study, commencing in September 2016, is also underway to record human-Komodo conflict by looking at the frequency with which Komodos and other predators, such as feral dogs, kill livestock. With this information the conservation programme can work to propose strategies to mitigate conflict.